Brad Brooks, beloved in the Bay Area as one of its finest vocalists and songwriters, released Harmony of Passing Light in 2012, drew comparisons to Elvis Costello, Wilco, and others, had planned to head right back into the studio to record an immediate, even more, ambitious follow-up.

Instead, he found himself fighting for his life. Just as the songs for God Save The City (street date October 23) started to take shape, a routine trip to the dentist revealed a lump in Brooks’ throat, which turned out to be cancer; and the treatment, he discovered, might rob him of his voice altogether. But Brooks made a full recovery, and simultaneously
mined the scariest moment in his life for the most honest and fiery record of his career.

While Brooks’ earlier albums begin with a more gentle invitation to the listener, unraveling and revealing themselves slowly in mini-symphonies, God Save The City explodes with Brooks screaming “Come on!!!” and the record never loses that urgency. From the Hall and Oates slow burn of “Feel the Might” to the classic Hi Records groove of “Why Do You Hurt” and “The Chance,” this is Brooks’ soul album, one he has earned the right to make. Recorded with his longtime, devoted, and white-hot live band, the record is full of first and second takes with minimal overdubs. Rather than the multi-layered acrobatics of his past work, Brooks sings here like a man with a second chance, raw and vulnerable.

Not surprisingly, Brooks’ journey and the country’s wild descent into partisan rancor over the last five years show up all over God Save The City. Brooks tackles wealth displacement in the title track (“they sang it like an angel with the devils rhyme”); his own mortality in “Sacred Was I” (“Fear can change you, keep you from what’s true”); recalls a hilarious encounter with “Lee Marvin’s Uzi;” and on perhaps the album’s standout track “Strange Fruit Numb,” what started as a band jam evolves into a civil rights anthem for the 21st century in the grand tradition of other Bay Area politically musical visionaries like Sly Stone and Boots Riley.

Glide is proud to premiere the title track “God Save The City” (below) which combines an irritated kick and high energy rock presentation that musically takes you back to the days where brash and guitars ruled. This reckless number combines Diamond Dogs era David Bowie, Mott The Hoople, and touches of mid 70’s E-Street Band.  Read on below for more with more thoughts directly from Brooks himself on the track.

“It’s a song for this moment right now! It’s immediate and it drives fast. The sky is red, things are falling apart but there’s hope. Somethings gotta change. Right?”

“Even ya put your hands up, you could get shot down, Why?”

“Pre Covid, Pre George Floyd, but you could feel it coming and you could read it in the streets and on the walls. I can’t hold on to it anymore because of what its saying and the times that we are living in. The first single sets the tone for the whole record and features the late great and incredibly talented Ralph Carney who I was able to get on a couple of tracks before he moved to Portland and then he, unfortunately, passed away in Dec of 2017.  Ralph just smokes on this song and what a treasure that man was as a person & musician. He really just exemplified the insanely talented brilliance & fearlessness that music needs. The song also features the first track with the “Screaming Angels” and legendary Vicki Randle along with the powerhouse Loralee Christensen.” 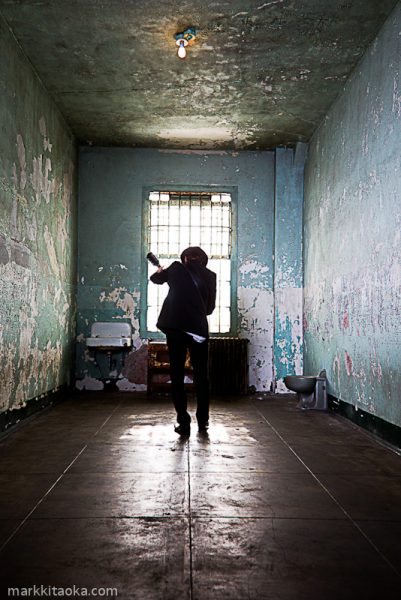