Why Do You Hurt: Single out Now!

A big thank you to American Songwriter and Madeleine O’Connell for the interview and discussing the second single “Why Do You Hurt” which is available at this very moment. Really enjoyed the conversation about the making of the record and the song.

This is a “Soul & Roll” number and also sets the tone for the style of how this record was gonna be in my mind. I had visions of classic Al Green/Otis Redding songs, Keith Richards solo record “Talk Is Cheap”, my continuing obsession with Frankie Miller, and Todd Rundgren………..The song didn’t start out that way………………it started with a lost cassette tape……………..

So the story is this: 1989 in Tucson AZ, I’m a musician in a punk/funk band (Pollo Elastico) and I’m delivering bottled water for Arrowhead Water and on one lucky day I met at the door Robert Tepper. Robert is just coming off a huge hit from the Rocky IV sound track in the montage scene for his song “No Easy Way Out” and he’s living in Tucson and working on his second record. We hit off pretty much immediately and become life long friends. Ya can’t dream this shit up! While he’s working on his record I start playing him things that I’ve written and stuff with the band and he’s about as supportive and encouraging as anyone I’ve met. He really gave me the confidence and support that I needed at an important time in my life & music. I learn more about his life and that he also co wrote this song called “Into The Night” that has more lives than any song I’ve ever heard. It’s a fucking book how many times it’s come back. The song is unusual for being one of only 10 recordings to ever ascend to the top 20 of the Bill Board Top 100 chart twice. The chartings, in 1980 and 1989, were of two similar but separate recordings, and during the early part of our friendship it’s making that second come back. It’s on the radio constantly. As the beginnings of a key part of my own musical journey are happening with Pollo Elastico, Robert and I start writing together and the first time that we get together, I bring some lyrics along about a break up and we dig it in. It’s a drum machine, his keys & chords and a bunch of our vocals, and we’re diggin it. It’s got this Todd Rundgren/Hall & Oates feel that we both love, and It ends up going on a cassette tape and we keep coming back to it and still liking it, but it really doesn’t fit into the style of punk/funk that I was doing at the time…………..So the cassette sat in a box, and every now and then I’d pull it out and go, “I still like this song, I wonder if anyone will ever hear it”. Fast forward many years later and I’m sitting in the room with Adam Rossi, Joey Dibono, Andrew Griffin and we’re working on something for the new record and I start singing this song and they go “Why aren’t we playing that?”……………I didn’t have an answer. I go home and look everywhere for this damn cassette and can’t find it, but what I did find was a chord chart on the back of some other song lyrics and also the lyrics in some other pile of ideas from the past. The band gets together, Erik Schramm comes up with a cool part, we work it up, play it out a few times and record it in March of 2015 when I start the beginning of my cancer battle. The song which was personal to me in 89′ takes on a whole different meaning with time, and the state of our world. The icing on the cake to this tale is that we ended up getting in the wonderful Ralph Carney (who unfortunately passed away in 2017) to put his horn magic on it, add a good dose of gospel love from “The Screaming Angels” of Vicki Randle & Loralee Christensen and what you get is……………..well now it’s up to you to determine what you get from it so give it a damn listen………………oh and I finally found that cassette tape last year!

Surprise of the week as Bob Cesca who has a hilarious and informative political show called “The Bob Cesca Show” plays the single “God Save The City” and in his words “There needs to be a lot more of this on the radio these days. Incredible song, I love this music and get ready to hear a lot more from Brad Brooks” Thank you Bob for getting the word out! If you’d like to check out his show and you should, it’s a great listen. Podcast: The Bob Cesca Show:

Thank you Doug Jayne from KRCB FM Santa Rosa for being the first to play “Why Do You Hurt” on the radio and for the kind words and discussion on the new record, the “Hard Road” documentary and also playing “God Save The City” & “Feel The Might.” Doug really gave the record a good listen, asked some good questions about my cancer journey and is a champion of music in Santa Rosa.

Thank you Eric Shea for adding “God Save The City” to Pandora Picks “Curators Choice Sept 2020” playlist. My favorite quote “It features horn honking scronk god Ralph Carney on horns” Eric is a helluva singer in his own write and also has 2 amazing bands Sweet Chariot & Hot Lunch. 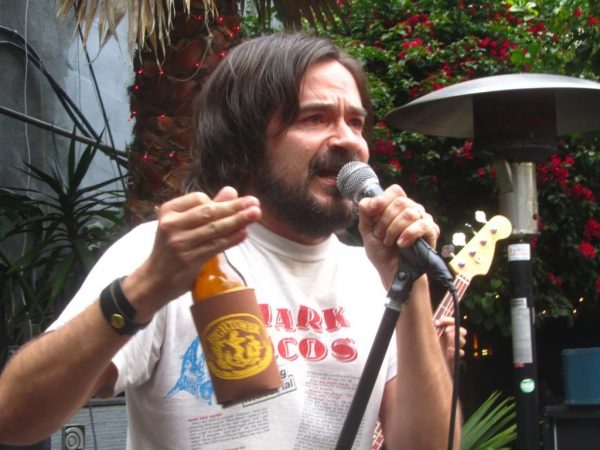 Thank you to Jeff Shelton from KSCU “The Power Pop Show” for also playing “God Save The City” and the kind words. Jeff has been playing my records on his show from the very beginning and probably the first to get the word out about my music.

Thank you to my ole friend and Tucson legend Al Perry for playing “Heartbreak Of Fools” on this killer show Al Perry’s Clambake/KXCI 91.3 FM. Al once ran for President and god dammit I’d vote for him again.

A big thank you to Michael & Cassandra Peel & Rarity Rock Radio for the Interview and the big surprise that they will be doing a whole day of playing and helping promote the new record “God Save The City” on 10/23 in Tucson. Kinda blown away by that one and you’ll be able to hear the interview along with songs from the new record. More on that as it gets closer. They are also going to be helping folks to get out the vote on Nov 3rd and there will some special surprises in store on that date as well. 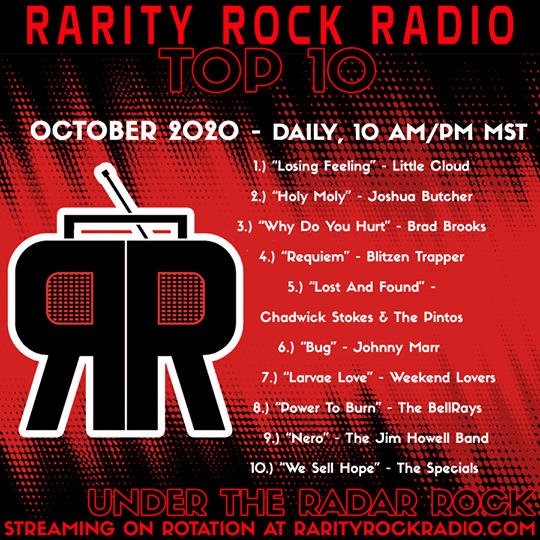 and some more reviews coming down the pike for the “God Save The City” single.