I can’t hold on to it anymore because of what its saying and the times that we are living in. The first single sets the tone for the whole record and features the late great and incredibly talented Ralph Carney who I was able to get on a couple of tracks before he moved to Portland and then he unfortunately passed away in Dec of 2017.  Ralph just smokes on this song and what a treasure that man was as a person & musician. He really just exemplified the insanely talented brilliance & fearlessness that I think SF used to have. The song also features the first track with the “Screaming Angels” and legendary Vicki Randle along with the powerhouse Loralee Christensen. I also can’t thank enough the BB band (Andrew Griffin, Erik Schramm, Adam Rossi, Pie Fiorentino, Joey Dibono) who helped write this one. Its a banger, and will be available on 9/18 through all digital media (Spotify, Apple Music, Itunes, Amazon Music, Pandora) and most importantly through the Brad Brooks Band Camp page.   For folks who don’t know, Band Camp really is the best way for artists to get paid fastest and easiest and when the time comes it will also be the only way to pick up some vinyl which I’m very excited about getting into your hands.

And speaking of vinyl the test pressings came in from Kindercore Vinyl and Adam Rossi and I spent some time with it at AR Audio and we are excited to say the least. 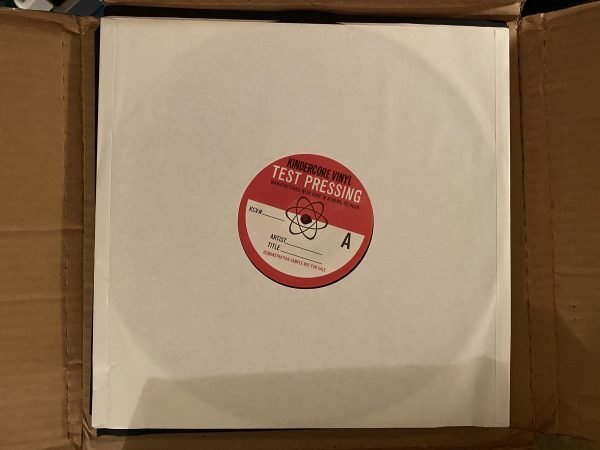 With all that’s happened in the 5 years that has led up to this year and these moments, not only personally, but in the current state of our world, this record is about confronting and overcoming fear in all it’s forms and not allowing it to obscure the truth. A personal truth & humanity as a whole. My hope is that this record will resonate, reverberate, comfort & re-calibrate how we all react to and treat each other. I hope you rock out to it, (God Save The City, Lee Marvin’s Uzi) , I hope that you make out or have some babies to it (Feel The Might, The Chance), there’s some heartache (Why Do You Hurt, Heartbreak Of Fools), there’s some personal songs about my year of cancer (Do The Same For Me, Burn it Off, Scared I Was), and for a documentary about that time in my life you can check out “The Hard Road“, there’s a millennial anthem in my best Ray Davies attempt (Millionaries), one that you can kick your boots to (Angel Of Angles), and most importantly I hope that we all try and look at ourselves and examine what happens when white people sit on the side lines and do nothing while people of color get marginalized, institutionalized, and murdered (Strange Fruit Numb). This song was inspired by a conversation that I had with Cherrie Williams “The Singing Domestic Doll Lady” whom I met in my neighborhood in Oakland and were talking about the murder of Philando Castile and the BLM movement. We started talking about music as she’s also a singer and she began talking about “Causal Music” and what it meant to her, and it was such an inspiring conversation that I went home and wrote “Strange Fruit Numb” that morning in 2016. Thank you Cherrie! You are an amazing treasure and you can check out her wonderful voice here. 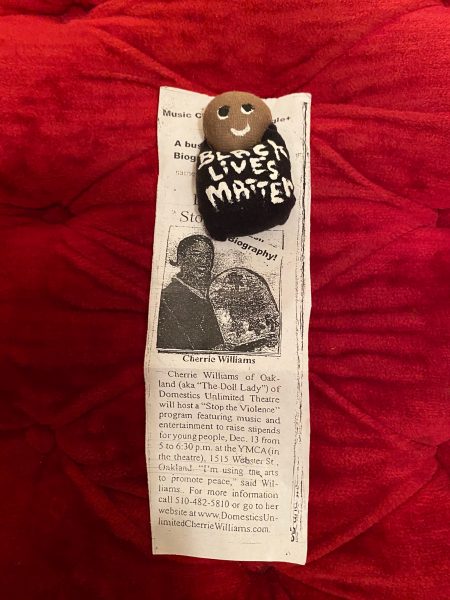 There are 2 sides. The Soul side & The Roll side. It’ll be released digitally on all platforms as well as some CD’s (through Bandcamp) and a vinyl pressing thanks to the great folks over at Kindercore Vinyl.

The artwork was put together by the multi talented Brian Mello along with some incredible photographs by Mark Kitaoka and Brianne Lucke helped put together some of Brian’s work with the CD layout. The muralist who did the wall that I’m standing in front of is Caleb Aero who’s work is inspiring and was kind enough to let me use his mural called “Aerosol Moses” as the cover and back cover of the record. This is from a wall in the 23rd yard in Oakland and is from a tribute to “Mike Dream Francisco” who was a leader/legend/activist in the Oakland graffiti mural scene in the 90’s until his death in Feb of 2000. 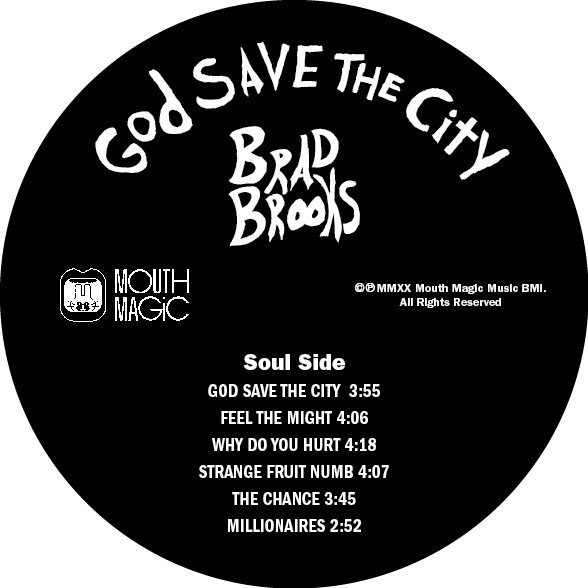 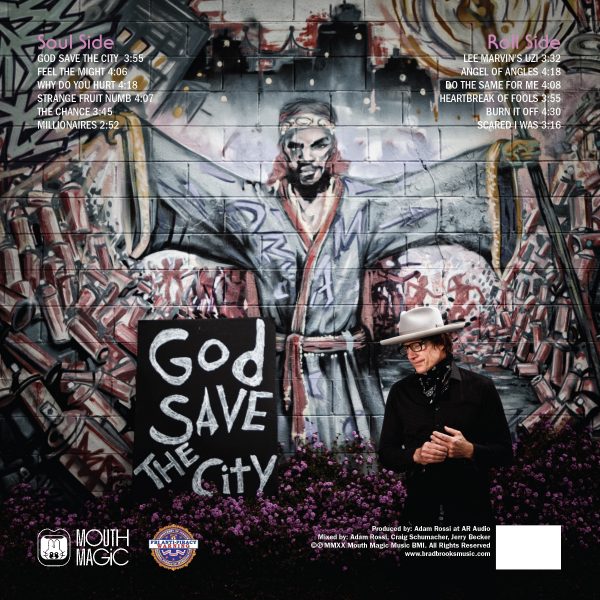 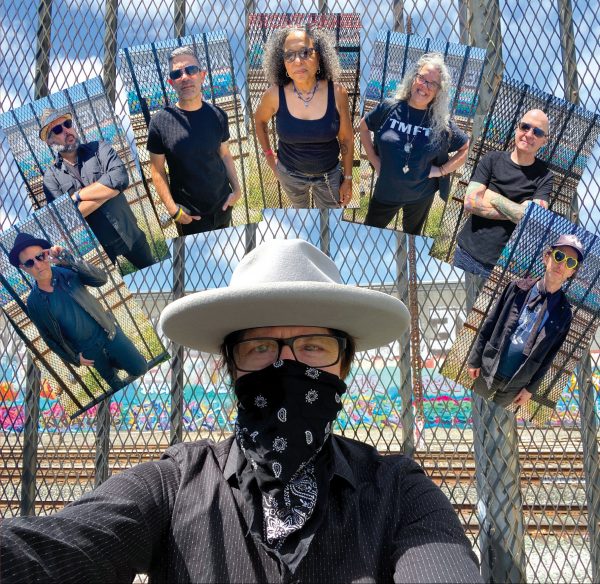 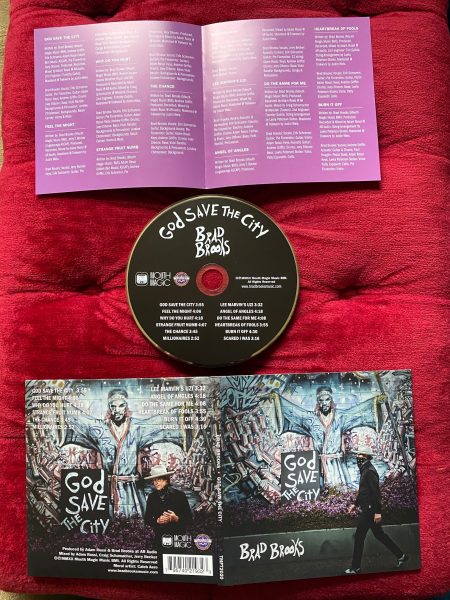 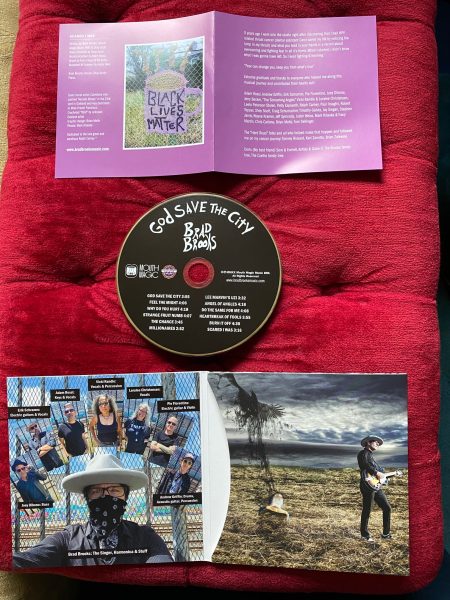 Some other fun news was that the song “Don’t Snatch The Mail” was played by one of my favorite DJ’s in the world, the one and only Jonathon L on his international radio show “The Lopsided World of L” which is played in Nashville, Liverpool, Hong Kong, New Zealand, Tucson, Phoenix, New Mexico.   Jonathon has turned me on to more new music than anyone I’ve ever met and he also helped out a young pup starting out in Tucson, AZ back in the day. He’s one of the best! It was also played out in Germany by Holger Schubert for his killer radio show called “Cactus Rock Radio” as well as in Tucson for an excellent show presented by Michael & Cassandra Peel called Rarity Rock Radio. They put me in some awesome company with that playlist and much appreciated. 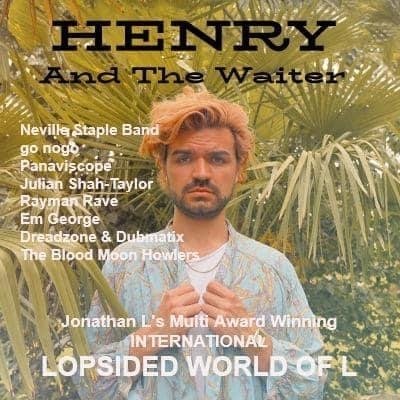 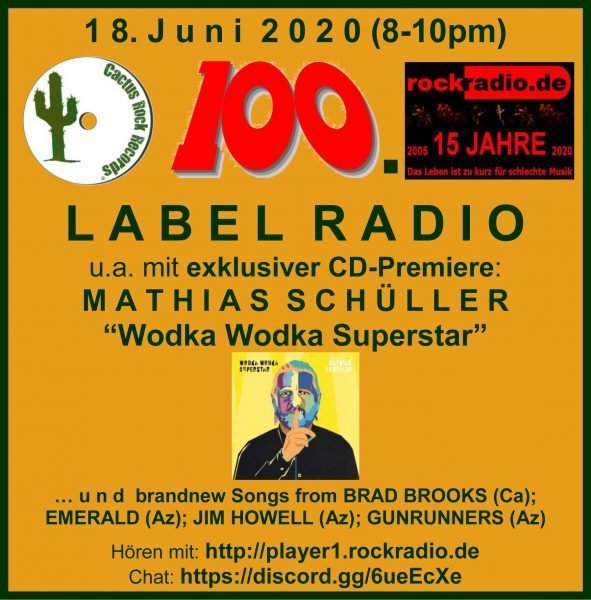 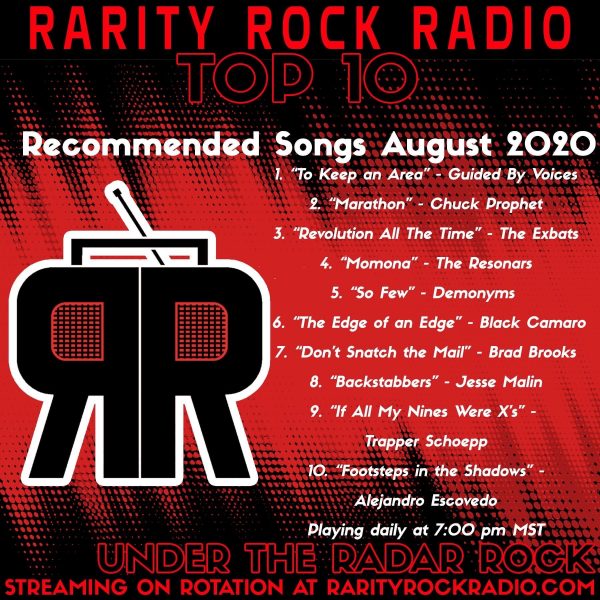 There also was a “gig” on 8/6 as I was able to play a little bit in front of Amados in SF as they’ve been having having some music out front in a socially distance atmosphere serving food and some drinks to literally keep the lights on. Unfortunately about 40 minutes into the set someone from the city drove by and shut down the singing portion of my set, as we have since found out that in SF even with a mask on, there is to be no singing performances. No one knew that was coming. Amados though is still having instrumental music out front and deserves your patronage and help. 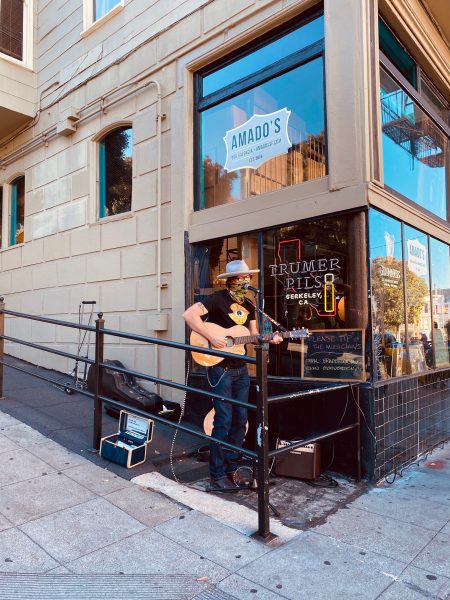 And finally some sad news as one of my Tucson hommies and former Supersuckers band legend Rontrose Heathman has left this earth. Ron was a member of the original classic lineup and appeared on 7 of the Supersuckers full length albums. He was a sweetheart of a guy with loads of talented and a Rock n Roll spirit. I last saw him in Tucson when Pollo Elastico opened up for the Supersuckers for one of the labor day HoCo events. We miss you brother and wish you peace. 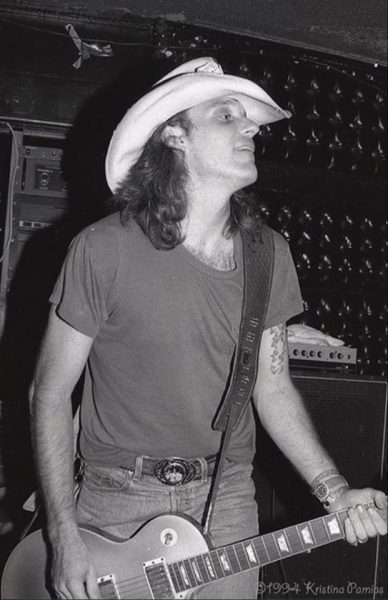