A whirlwind of a couple of months to catch up on and so excited for whats to come.

Let me actually start forward and then look backwards. This coming August 8th I’ll be doing a stripped down show with the strings at Lost Church in SF with the exquisitely talented Amie Penwell opening up a fun night that we’re calling “The Charlatan & The Chanteuse.” I’ll be joined by my cohort Adam Rossi, along with Pie Fiorentino, Laela Peterson-Stolen, and Patty Espeseth on the strings. I don’t get to play with these talented folks enough and it’s always a great time, and we’ll be playing some brand new songs, along with some gems from my other records. I’m extremely excited to play at this super intimate cool venue along with Amie as she’s one of my favorite local artist and has an excellent new record. Tickets are available here. 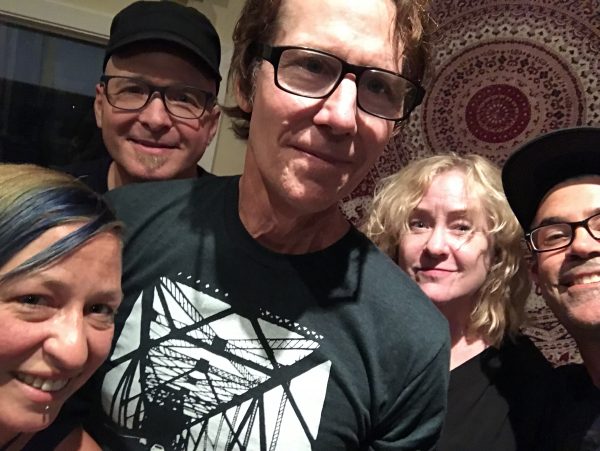 Also on Friday August 9th I’ll be once again jumping up with the Red Room Orchestra as they perform music from “The Big Lebowski” at Outside Lands. This is gonna be another super charged night with this large and talented group of bad asses and I’m so stoked once again to play with them.

I had an amazing night with these folks during “Clusterfest” and the live reading and musical performance of the movie “Clueless” with some of the top comedians in the country at the Bill Graham Civic, and this was just one of those nights for the books along with hanging out with special guest Jill Sobule. 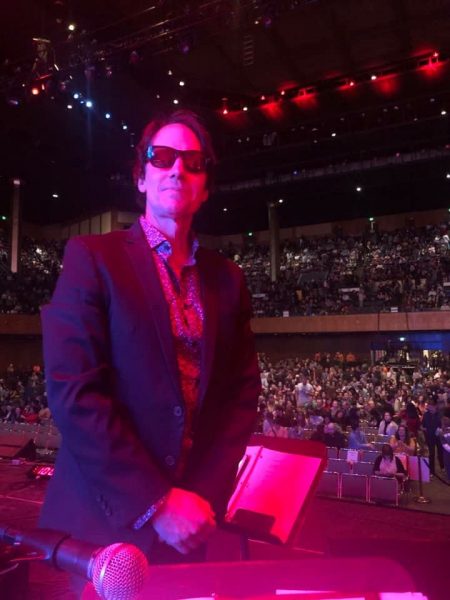 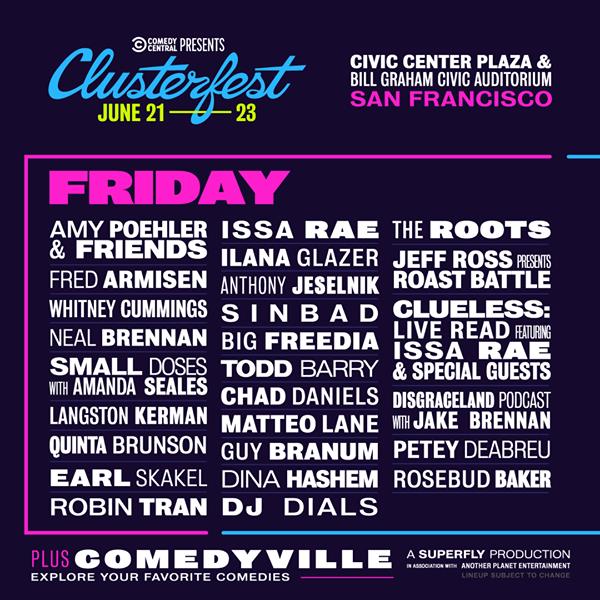 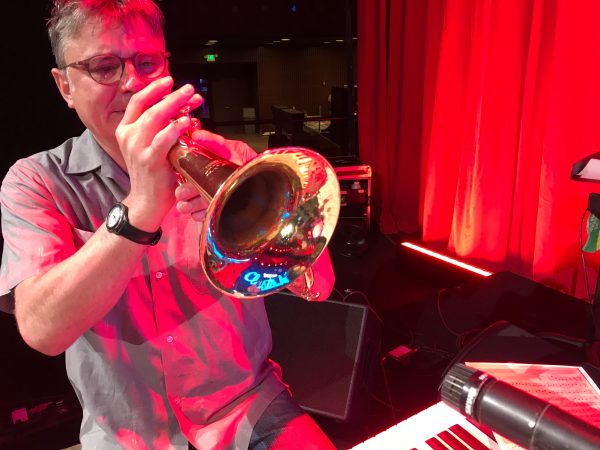 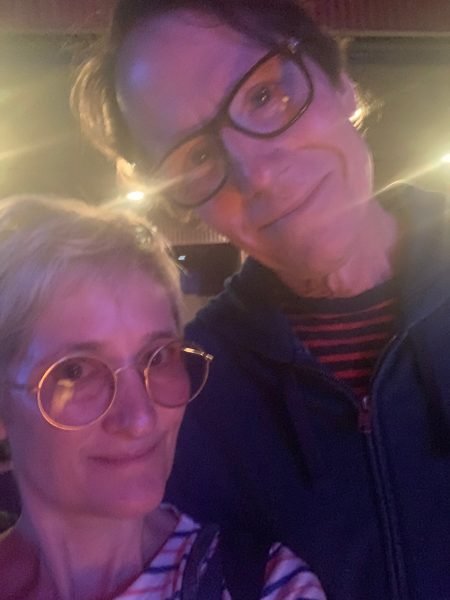 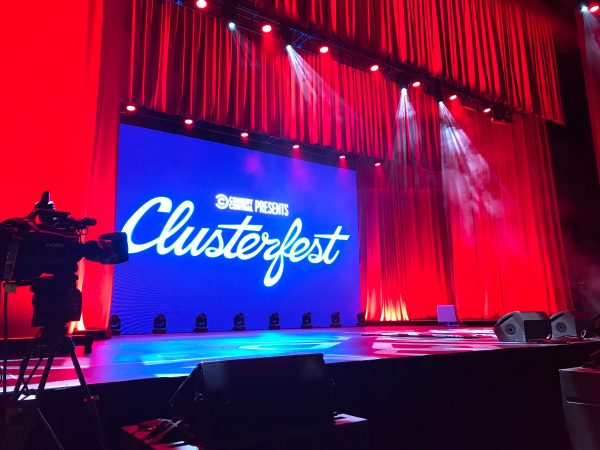 Then in late April was another crazy event that I was blessed to be part of which was the graphic novel book release and tribute show to Jeff Buckley called “Grace” written by Tiffanie Debartolo. This was an event at Sweetwater Music Hall in Mill Valley that Tiffanie and her husband Scott Schumacher presented along with Bright Antenna Records for the release of the book along with some crazy talented folks playing Jeff Buckley songs, along with special guest Wayne Kramer from the MC5 and Jeff’s mother Mary Guibert. This night really just blew me away because I really didn’t know what to expect and the generosity of Tiffanie & Scott was such an eye opener along with meeting Wayne and Jeff’s mom Mary Guibert. First off Mary, is really one of the most inspiring people that you’d wanna meet and she had some amazing stories not only about Jeff Buckley and his life but also her own which included writing charts for Zappa in the 70’s as well as being Tim Buckley’s wife. She just lit up the room and made all of us feel at ease and you can just see how much this night meant to her and how much his legacy is protected and nourished. The other huge eye opener was getting to meet, play with, and hang out with Brother Wayne Kramer, who is still a monster on guitar, and just has this amazing spirit about him. A very inspiring person to meet and also incredibly humble. Playing “Kick Out The Jams” with him and my buddy Jeff Campbell was a treat, as well as celebrating his birthday, and he and I had some great conversations about life & music. Such an incredible dude! The rhythm section also killed with Pat Spungeon & Race Solimine rocking that shit! Was so excited to play “Everybody Here Wants You” with Adam Rossi, as well as one of my own “Sacred I Was” which you can both see on Youtube. A big thank you to Tiff & Scott for a memorable night and you can pick up Tiffanie’s book “Grace“ 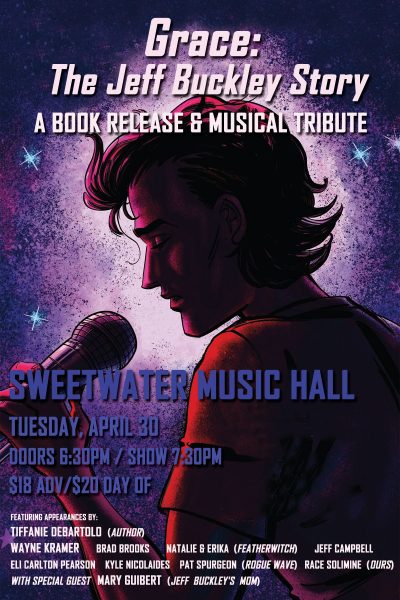 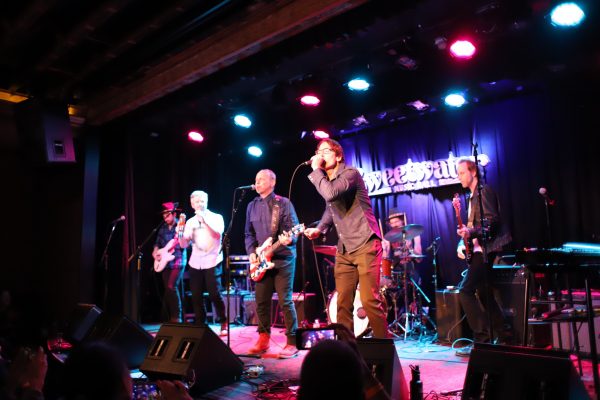 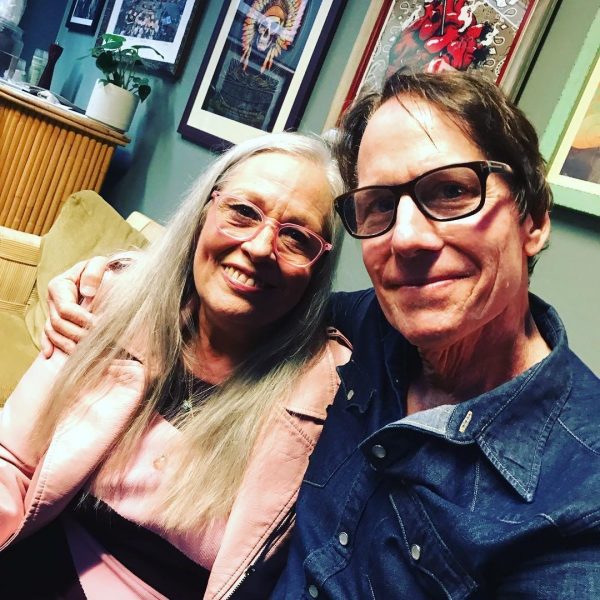 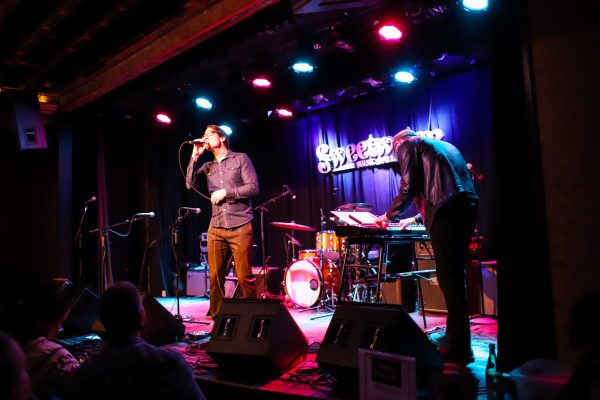 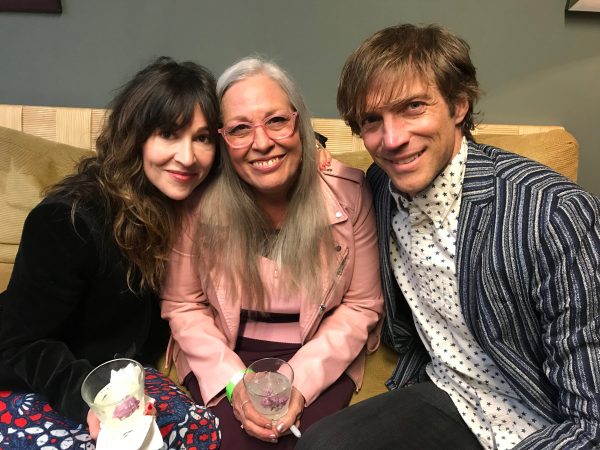 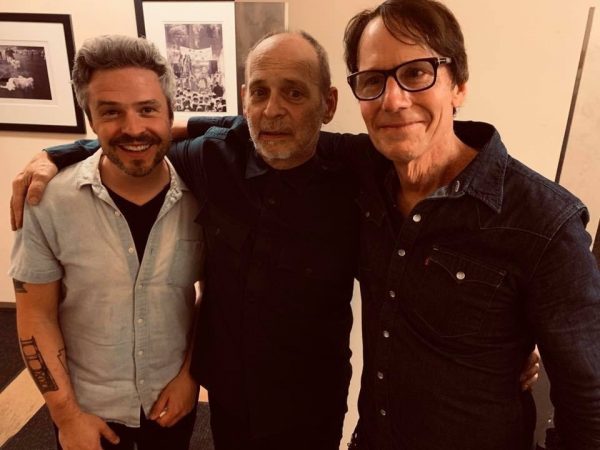 Another good one was the celebration of Roky Erickson’s Birthday which was also a celebration of his life as he recently passed away. I got to play “Your Gonna Miss Me & Two Headed Dog” with the incredible onslaught of Eric Moffat, Ricky Wayne Garrett, Cindy Guiliani, Isiah Mitchell & Roman Yamilov at the Makeout room. Just another group of folks that I’d never played with who kick ass. A really fun night diggin into some treasured songs. 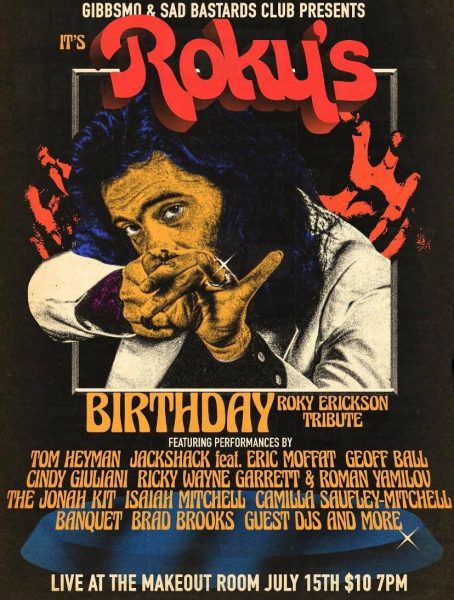 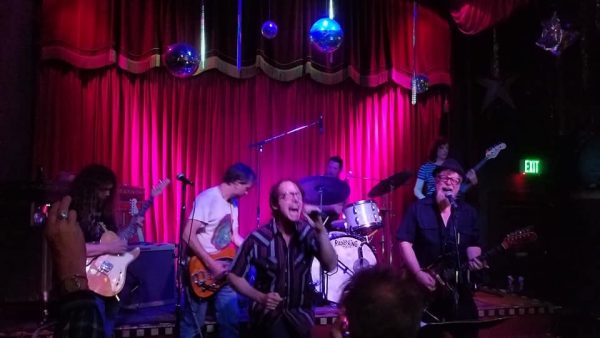 And speaking of Makeout Room, we had great full band show there in early May with our friends Lydia & The Projects. This was another great night and have been so stoked to play more with the full band this year along with the addition of the power house talent and inspiring person that is Vicki Randle who has been performing all over the new record. We’ve had such a blast playing with her and it’s realljust upped everyone’s game with her professionalism and spirit. 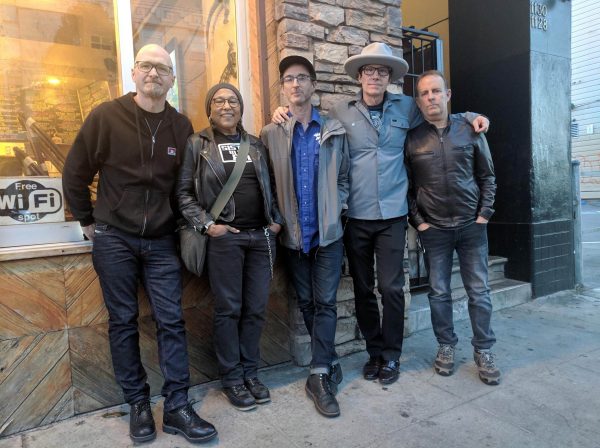 The other big important news is that the new record is working it’s way to the finish line and I’ve been on a bit of a creative spurt thanks to my friend Jerry Becker who has been pushing me and collaborating with me on some new songs while he had been off tour from Train. We wrote some new songs that are in the can called “Feel The Might” & “They Will Become Millionaires” which will be on the new record. Was able to get the full band of Andrew Griffin, Erik Schramm, Pie Fiorentino, Adam Rossi, Jerry Becker, and Joey Dibono in along with the Screaming Angels: Vicki Randle & Loralee Christensen for some magic with Rossi working it all out. Time to get my ass in gear and get this one out! 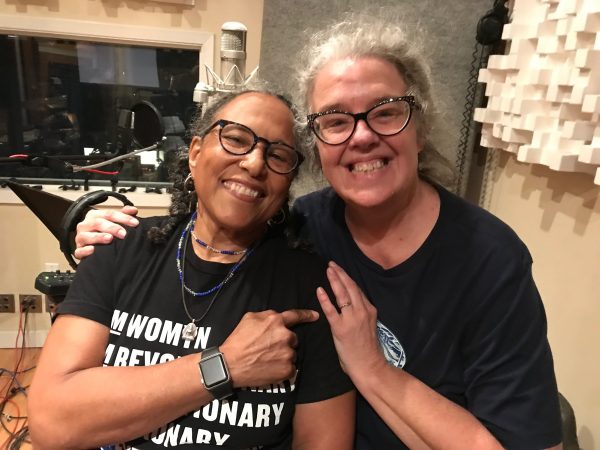 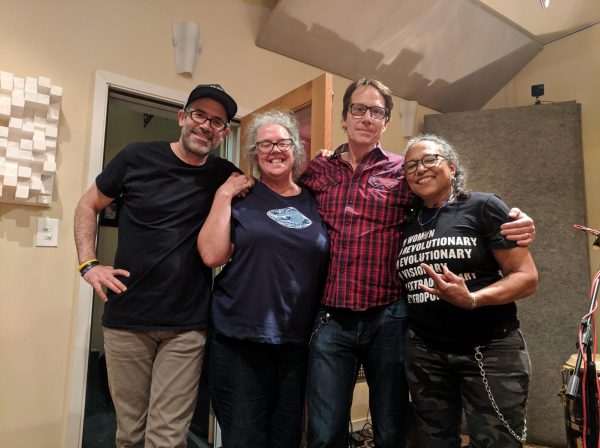 Then Lastly, and certainly not least was my trip to Tucson to play a show at the Dusty Monk in April as well as record some piano with Craig Schumacher at Wavelab. Going home is always a treat for me and it was even more fun as I got to be part of one of the Wednesday nights at the Dusty Monk that Dan Stuart and my buddy Van Christian have been putting on. I got to play a full band show with some of Tucson’s finest including Loren Dircks, Nick Augustine, Chris Martin, Marc Perrodin, Luis Loucks-Tavares, and special guest Amy Mendoza, and I really appreciate them putting in the time and learning the tunes. What a helluva fun night and can’t thank Van enough for making it happen as well as Michael Peel & Rarity Rock Radio for doing an interview with Van and I. Really was a blast, and them lo and behold a damn Naked Prey reunion broke out! Can’t wait to get back there and really do appreciate my Tucson roots and all the musicians that work their assess off there. 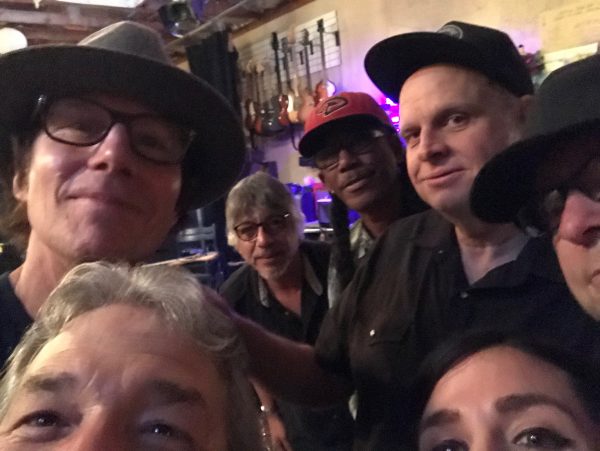 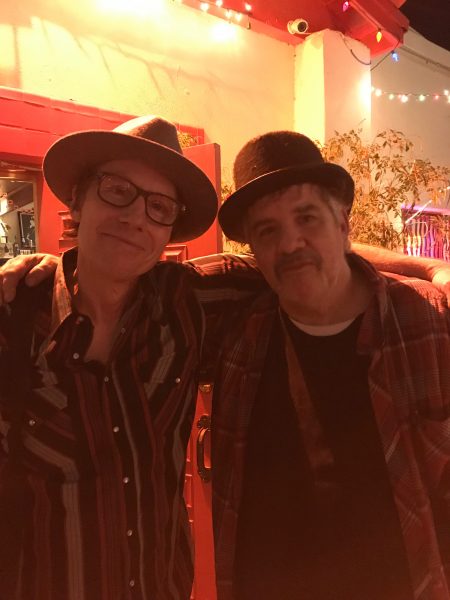 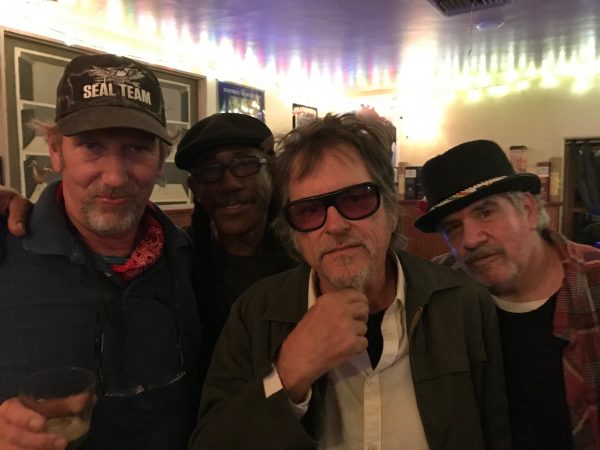 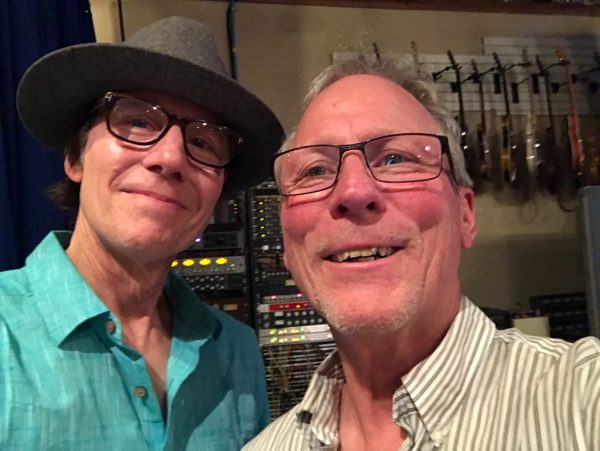 Thank you all again for listening, going to shows and supporting the music!