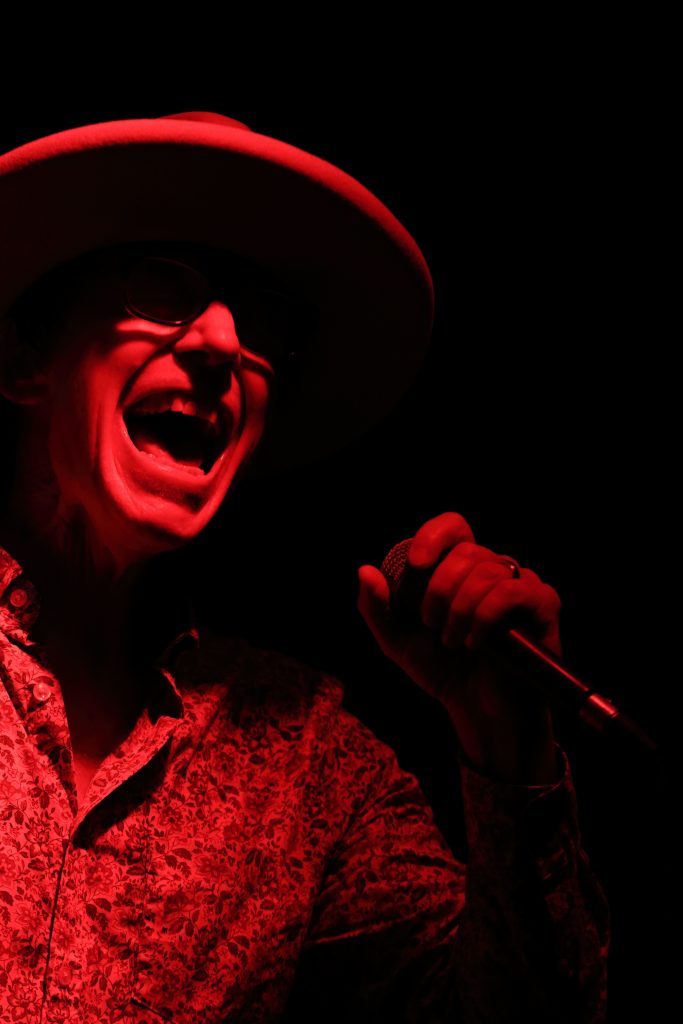 Brooks, beloved in the Bay Area as one of its finest vocalists and songwriters with 4 solo records under his belt since 2000, released “Harmony of Passing Light” in 2012, which drew comparisons to Elvis Costello, Wilco, Brian Wilson, Queen, and planned to head right back into the studio to record an immediate, even more ambitious follow-up.

Instead, he found himself fighting for his life.

Just as the songs for “God Save The City” started to take shape, a routine trip to the dentist revealed a lump in Brooks’ throat, which turned out to be cancer that could have robbed Brooks of his voice forever. Instead, Brooks made a full recovery and simultaneously mined the scariest moment in his life for the most honest and fiery record of his career.

“God Save The City” explodes with Brooks screaming “Come on!!!” and the record never loses that urgency. From the Hall and Oates slow burn of “Feel The Might” to the classic Hi Records groove of “Why Do You Hurt” and “The Chance,” this is Brooks’ soul album, one he has earned the right to make. Recorded with his longtime, devoted, and white-hot live band, the record is full of first and second takes with minimal overdubs, raw and vulnerable.

Not surprisingly, Brooks’ journey and the country’s wild descent into partisan rancor over the last five years show up all over “God Save The City.” Brooks tackles wealth displacement in the title track (“they sang it like an angel with the devil’s rhyme”), his own mortality in “Sacred Was I” (“Fear can change you, keep you from what’s true”), recalls a hilarious encounter with “Lee Marvin’s Uzi,” On “Strange Fruit Numb,” what started as a band jam evolves into a civil rights anthem for the 21st century in the grand tradition of other Bay Area politically musical visionaries like Sly Stone and Boots Riley. With “God Save The City”, Bay Area artist Brad Brooks made a triumphant return with the most direct, soulful record of his life.

Since its release, God Save The City has reached the ears of some legendary figures, including the MC5’s Wayne Kramer and legendary producer Bob Ezrin. Kramer invited Brooks to join the “reanimated” MC5 as lead vocalist and co-writer of the new MC5 album which will be out later this year, and includes Don Was & Abe Laboriel Jr as the rhythm section. Lead single “Heavy Lifting,” co- written with Tom Morello, comes out later this year.

To celebrate, the band is headed out to road-test the new material in May 2022, with Kramer and Brooks joined by Vicki Randle, Stephen Perkins, and Steve Salas.

Brooks is a part of a rare, vanishing breed in American music: the lifelong artist. Armed with health, purpose, a sense of urgency, and the most immediate music of his career, he is ready to burn down any stage he can find.